The script is the soul of a video, especially in case of eLearning. It’s believed that a strong script can fight the difficulty and the boredom of courses’ content. Writing a normal script is easy as a piece of cake for educators or instructors. However, creating an animation script is a more challenging task. In this article, we’ll share super secret keys that help you write an awesome animation script for a fantastic educational video!

What is an awesome animation script?

An excellent animation script is one that can connect a  video with the audiences in the most simple, natural and direct way. Hence, the best writers are those who can create a script that comes from the mind as while they’re taking. Below are the 4 must-know characteristics of a good script.

A good script doesn’t require a high level of English. The purpose of an animation script is to make explainer videos as easy-to-understand as possible. We aren’t here to challenge students by containing complex dictionary language.

You will be successful if you can write down academic knowledge in learners’ language. Simplify your language so that everybody can easily grasp the content, even those who didn’t have background knowledge about what you are talking about before.

To write an animation script is to write what will be based on to make visualization, animating and the voice-over. It isn’t an IELTS exam or a writing contest at school, so you don’t need to add difficult structures or so long sentences.

Using short, crisp sentences keeps the subject clear and allows your learners to absorb the information quickly. The maximal length of a crisp sentence is 20 words. If your sentence is over 20 words, try to break it down to shorter ones, and they will be much easier to read.

As we mentioned before, your writing is best for educational animation when it’s natural as if you’re speaking.

Set your tone in your script, make it like a conversation. Write as you are talking with your audiences, channel your dialogue into your word. And you will have a natural conversational script as ever!

The length of a script is also crucial for animated videos. It because the length of a video affects the engagement of the audiences.

It’s a sad fact that the average attention span of a human is short only 8.25 seconds. Therefore, if you want people to watch your animated video to the end, keep your script short first. The optimal length for an animated video is 90 seconds, equals to 200-250 words in the script.

The keys to write an awesome animation script

1. Start with a brief

Briefing is a vital step in writing a script that guides the overall direction of your animated video. Why should you do it first? Because a brief can identifies the learning objectives, primary audience, animation style, and video core messages also.

When creating a brief, you have to ask yourself various questions to ensure that you’re clear on how you want the learning outcomes to be. Make a list of questions, answer them carefully to figure out your key points of the scripts. Then write down everything that you need to say as in a physical class. It will make your script conversational and get into the flow.

2. Think about the tone

The tone is one of the most important parts of your animation script. As it is, an animated video’s sound helps your course become more exciting and captures learners’ engagement.

When the topic explained is mainly dry, the writers should always try to add a little amount of humor into the video to make it enjoyable. However, an educational animated video not only needs to be fun but also keeps its educational purpose. Animation is used to help to create effective fun, not distracting fun.

On the other hand, the tone of your video also means the type of voiceover. Take it into account to ensure the V-O will match your script and your brand voice.

Stories always attract the human’s brain. In educational animation, telling a story could transform academic boredom into fascination. Storytelling can be described merely as writing a script with a scenario-based learning method. The scenarios here are the realistic content, the relatable stories or problem-solution scenarios.

A well-told story with a powerful message can grab learner’s attention, trigger emotion and improve the learning outcomes. Furthermore, it motivates people to take actions into your course, such as sharing your video or continuously taking part in another class.

4. CTA at the end of the script

The call-to-action tells your audience exactly what they should do after watching your course. A great educational animation can’t be efficient if it lacks a CTA. Your viewers don’t know what to do next, and you lose a chance to attract your learners for another course.

To add a CTA isn’t a hard task. At the end of your video, remain screen for a few extra second and put a CTA here. A CTA can be whatever you want: subscribe action, visit our website or just an introduction for your new course.

If you have finished writing a script, congratulation! You have done a good job! However, it doesn’t stop here. You need 1 more step, to review the whole script. The revision will help you eliminate all the unnecessary or distracting information to keep the videos on the point.

To revise, ask for your teammates’ opinions. Or you could ask yourself some questions like these:

Special key-note for your course: Depending on who you are teaching

As the visual design, you should know your audience when you create an animation script. The behavior and the need of K-12 and pre-school students are quite distinctive from the higher learners and corporate employees.

If you deeply understand learners’ behavior, you can shift your script from “OK” to “WOW”!

K-12 and Pre-school students are always big fans of Cartoons because they are fascinating, fun and beautiful. Hence, the key of an animation script for children is fun. Humourous characters and conversations can help your script become more natural storytelling and interesting.

Anthropomorphism is the attribution of human traits, emotions, or intentions to non-human entities. In the animation world, you have a chance to humanize the animal characters with their actions and expressions. Let your animal characters talk, act, make conversation like a human do to add more fun and joy into your video.

To help children visually learn math in an effective way, F.Studio gave the juniors a clear digital version of the bars and interesting animals doing Math. Thanks to anthropomorphism, students could learn Math with a more eye-catching, fascinating, entertaining experience with their favorite characters.

B – For higher students /corporate employees

It’s a great idea to stick to the verbal narration when your visuals can talk for you. First and foremost, it helps you create visual awesomeness that is more interesting. Besides, it also effectively conveys the gravity of the situation. Therefore, write a script in which your visuals can speak instead of you for better visual communication.

The hook is the most critical part that decides if the audiences stay watching your video or not. For a 1-minute video, the hook is the first 8 seconds. Needless to discuss, it’s essential to write an impressive intro for a script.

However, you also need to keep the hook of the content by making the script short and go straight to the point. Limit your word count, short but full of points is better than long but lack of content.

These are particular tips that you should use to become an awesome animation scriptwriter. Take the time necessary to do it, get feedback from your co-workers, and make sure it’s engaging and easy to understand. And don’t forget to follow your purpose of learning objectives to produce effective educational animations. 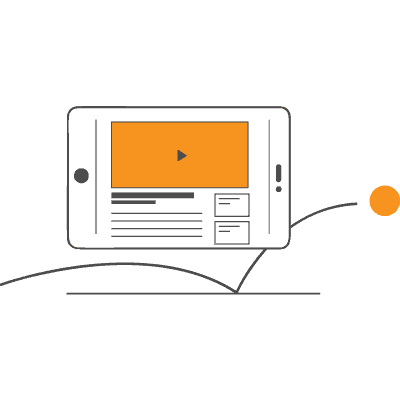 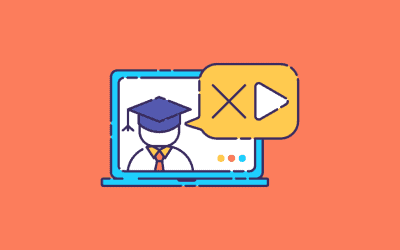 The idea of combining education with entertainment has never gone out of style. Indeed, edutainment’s main role is to make learning more delightful and effective. Nowadays, in the digital world, learning through a visual and auditory form such as edutainment... 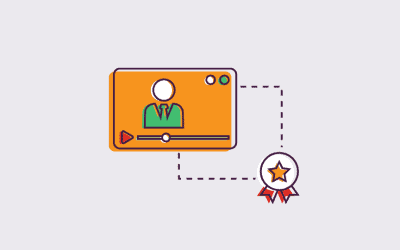 Video-based training: what are its benefits?

When deciding how to transmit the information in a training program, it’s sometimes overwhelming since there are so much to choose from. So, should you provide infographics, handbooks or classroom teaching? The truth is, using video is probably the best option....

You may have known about the importance of corporate training. Since the main factor of any successful business/organization lies in its people. Now, a more important question arises “How to have an efficient training course?”. Well, if you’re looking for... 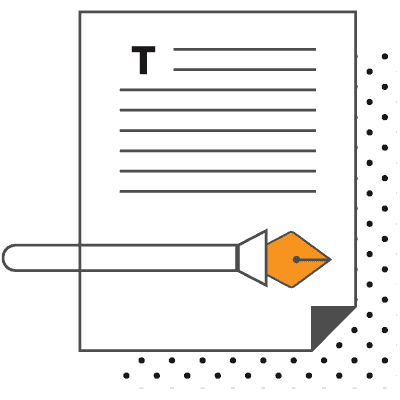